I love Halloween. It’s my number one season. But for some reason I never fully embrace it as I should. I half-ass costumes and wait until the hour before to throw something together, and I never have a plan. Still, I have no regrets. My costumes over the years have been perfection.  I’m a master DIY-er.

Update: Matt and I are being Wario and Waluigi. If you know us, it’s oddly fitting. Can’t wait to get all moustachioed tonight. 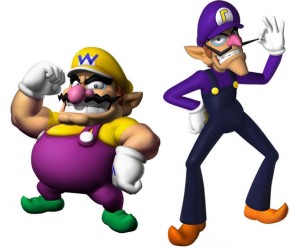 Here’s a look back at some of my best work. 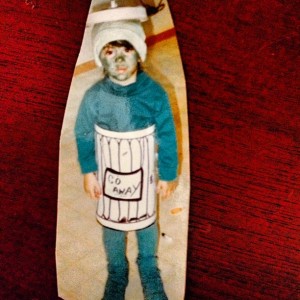 I can’t take credit for this one. I actually don’t even remember it. I’m sure my mom recognized my penchant for being a straight grouch and threw this together. It’s sort of fitting. 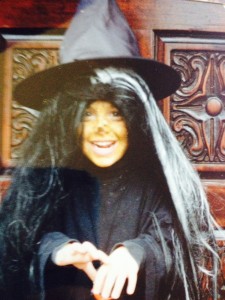 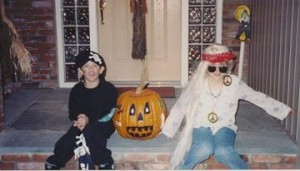 Bought this shirt at JCPenney, circa 1997. Totally wore it like once a week for the rest of the year. 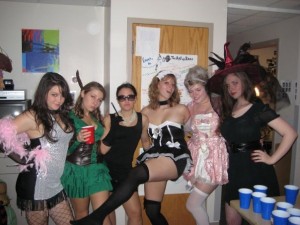 I’m missing a lot of good years here, but college was probably the most fun I had with dressing up, not just because it was acceptable to dress like a hooch, but because Halloween lasted for like 5 nights. 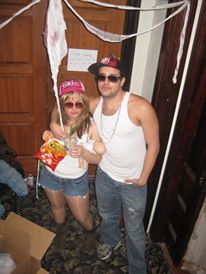 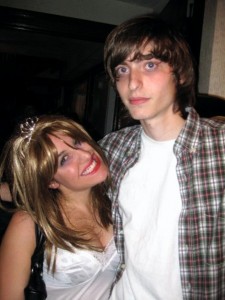 This one I did with my boyfriend’s brother. I had purchased that wig one time in Ithaca (also seen above with Brit), and had been dying to channel my inner CL for nearly a year. 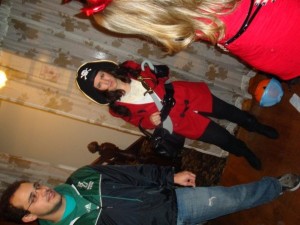 I dressed up three times this year. I also got my hook heel stuck in a sewer grate. #Mustache 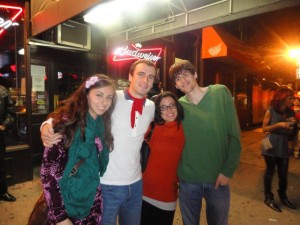 I take a lot of pride in this photo. This was our first Halloween living in NYC, and I had the grand idea of DIY Scooby-Doo costumes (sans dog unfortunately). There were four of us, and my boyfriend is essentially Shaggy, so it just sort of worked. It took us a half hour in H&M to pull this together. 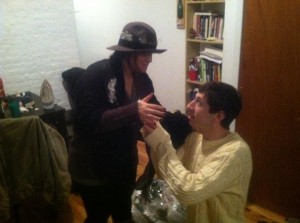 Harry. Marv. Kevin. Pigeon Lady. Gangs all here. This one was thrown together in maybe 20 minutes, because nobody planned on going out (it was a work night), but I wasn’t about to let that happen. So I took an iron to my boyfriend’s face, sliced open a down pillow, and rolled around in feathers. Alas, nobody got “Lost in New York.”